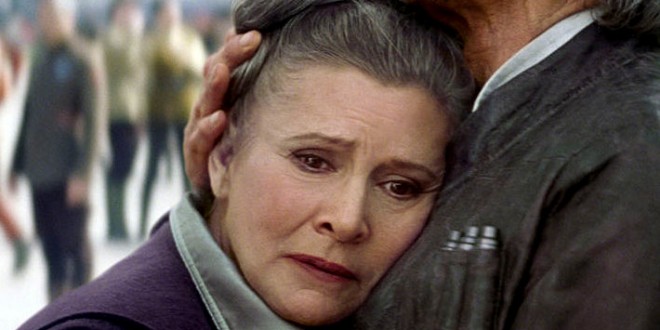 Carrie Fisher’s death Tuesday at the age of 60 has left her involvement in a number of film and television projects unresolved. Chief among them is her ongoing role in the Star Wars franchise. The eighth film in the series, in which Fisher appears as Leia Organa, wrapped shooting in July and is now in post-production.

Sources tell Variety that Fisher’s work on the sequel was finished. That means that Disney and LucasFilm, the producers of the Star Wars series, will not have to address Fisher’s death until the ninth film begins shooting in 2018. Leia was originally slated to appear in that production.

Lucasfilm President Kathleen Kennedy said it was difficult to imagine a world without Fisher, praising her as a barrier breaker. “She was Princess Leia to the world but a very special friend to all of us,” she said. “She had an indomitable spirit, incredible wit, and a loving heart. Carrie also defined the female hero of our age over a generation ago. Her groundbreaking role as Princess Leia served as an inspiration of power and confidence for young girls everywhere.”