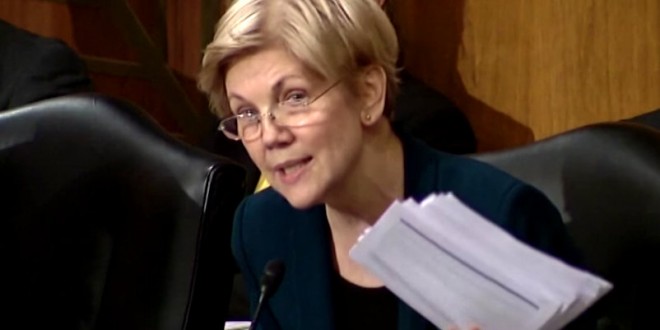 Five Democratic senators on Thursday unveiled a bill they plan to release next month that would require Donald Trump to divest assets that risk a conflict of interest and place the proceeds in a blind trust as well as require his appointees to step aside from official decisions that could benefit him.

The legislation previewed by Sens. Elizabeth Warren (D-Mass.), Ben Cardin (D-Md.), Chris Coons (D-Del.), Dick Durbin (D-Ill.) and Jeff Merkley (D-Ore.) also would symbolically deem any Trump violation of federal conflict-of-interest rules “a high crime or misdemeanor under the impeachment clause of the U.S. Constitution,” according to a summary released by its sponsors.

Although its chances of advancing in the GOP-controlled Congress are close to zero, the bill represents the latest step by Democrats to escalate their ethics war with the president-elect. The five Democrats’ planned bill could become a vehicle for the minority to put political pressure on Republicans by forcing Trump’s party to support his still-incomplete plan for separating his official duties in the White House from his sprawling business.

Previous NASA: Earth Is Due For An Extinction-Level Event
Next Celebs Urge Electors To Dump Trump [VIDEO]