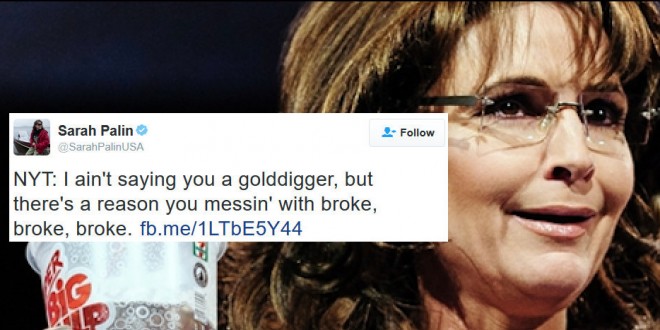 Actually the “broke, broke” version was a special edit for radio stations that didn’t want to air the N-word. But still. Palin’s tweet links to a story about the Times renting out several floors of their midtown skyscraper, which is apparently evidence that they’ve been destroyed by Trump. Or something.

Is this how Sarah Palin is auditioning to be a contestant for the Trump administration? https://t.co/TFoDwdkUGR