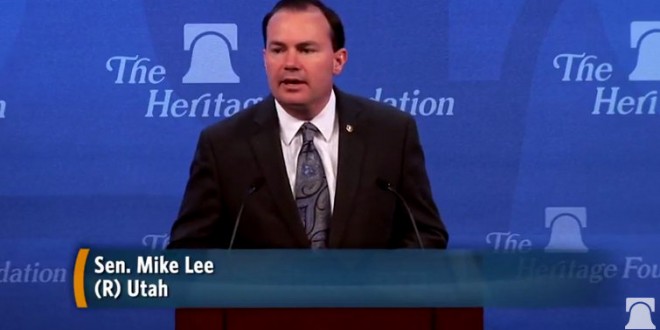 Sen. Mike Lee of Utah will reintroduce a bill next year to protect people and corporations that hold a religious objection to same-sex marriage, a spokesman for his office told BuzzFeed News, adding that the political climate amid Donald Trump’s presidency will give the legislation a better shot at advancing than it had the past two years.

“Hopefully November’s results will give us the momentum we need to get this done next year,” said Lee’s spokesman, Conn Carroll. Trump vowed during the campaign to sign the First Amendment Defense Act, arguing it would “protect the deeply held religious beliefs of Catholics and the beliefs of Americans of all faiths.”

Carroll added, “We do plan to reintroduce FADA next Congress and we welcome Trump’s positive words about the bill.” The measure was filed in both the House and Senate in 2015, but only got a hearing in the House. The bill faltered amid protests from Democrats and speculation that President Obama would veto the measure if it reached his desk.

Last year’s version of the bill had 172 sponsors in the House and 37 in the Senate.