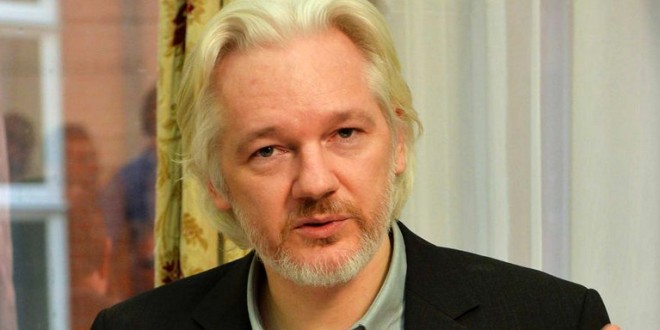 REPORT: CIA Concludes Russia Conspired With Wikileaks To Influence US Election In Favor Of Trump

US intelligence agencies have concluded that Russia interfered in last month’s presidential election to boost Donald Trump’s bid for the White House, according to reports.

A secret CIA assessment found that Russian operatives covertly interfered in the election campaign in an attempt to ensure the Republican candidate’s victory, the Washington Post reported, citing officials briefed on the matter.

A separate report in the New York Times said intelligence officials had a “high confidence” that Russia was involved in hacking related to the election.

The claims immediately drew a stinging rebuke from the president-elect’s transition team, which said in a statement: “These are the same people that said Saddam Hussein had weapons of mass destruction.”

According to the Post’s report, officials briefed on the matter were told that intelligence agencies had found that individuals linked to the Russian government had provided WikiLeaks with thousands of confidential emails stolen from the Democratic National Committee (DNC) and others.

They told the paper that the people involved were known to US intelligence and acted as part of a Russian operation to boost Trump and hurt the chances of the Democratic candidate, Hillary Clinton.

“It is the assessment of the intelligence community that Russia’s goal here was to favour one candidate over the other, to help Trump get elected,” one said.