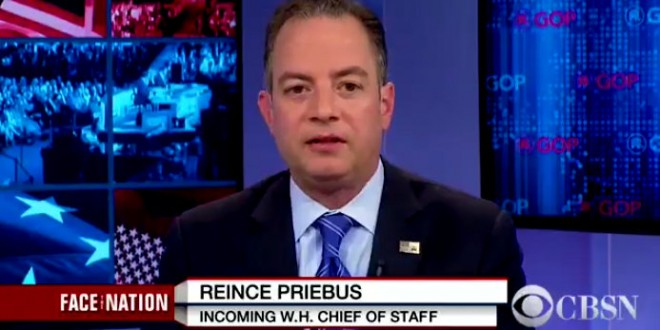 “Face the Nation” host John Dickerson pressed Priebus on that specific illegal vote claim, asking the incoming White House chief of staff how he handles the president-elect’s statement “when you know that that’s not true.”

“I don’t know if that’s not true, John,” Priebus said, saying that “there are estimates all over the map” on undocumented immigrants voting in election.

When the “Face the Nation” host pushed back, saying “there is not evidence that it happened in millions of votes in California,” Priebus defended the president-elect once more.

“I think the president-elect is someone who has pushed the envelope and caused people to think in this country,” he said. “He’s not taking conventional thought — on every single issue and has caused people to look at things that maybe they have taken for granted.”