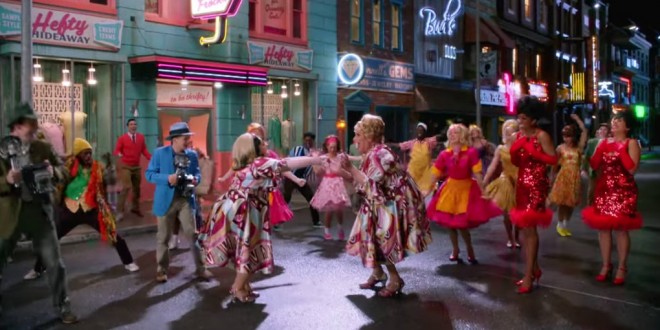 Hairspray might be set in the ’60s, but the stars of NBC’s upcoming live version of the film and Broadway show think it has a lot to say about modern times, too. “The subject of Hairspray is very current to today,” Jennifer Hudson, who plays Motormouth Maybelle, says in a new featurette. She later explains, “To me, the power in Hairspray is no matter your size, your color, where you’re from, what type of lifestyle you live, it celebrates everyone.”

Hairspray got its start in 1988 as a film, written and directed by John Waters. That version starred a young Ricki Lane as Tracy Turnblad, a plus-size teen girl determined to dance on a local television show, redefine their beauty standards, and desegregate the cast. It then became a Broadway musical, and Adam Shankman directed a feature film adaptation in 2007. Now, Hairspray is the latest in NBC’s slate of live musical broadcasts.

The cast album began streaming today on Spotify and is available for purchase on iTunes.