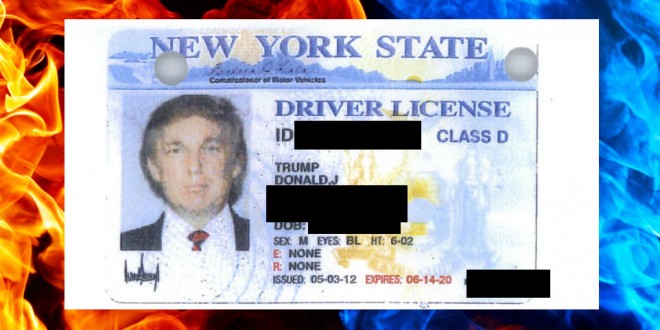 Politico: Trump Really Does Lie About His Height

Because as we’ve seen a thousand times, he’ll lie about anything. Via Politico:

Donald Trump and his doctor claim he’s 6-foot-3, but his New York driver’s license says he’s actually an inch shorter. A copy of Trump’s license, obtained by POLITICO through an open-records request, lists the president-elect at 6-foot-2.

It may just be an inch, but size apparently matters to Trump. A letter that the businessman candidate displayed this summer from his longtime gastroenterologist — while appearing on the Dr. Oz show — stated he was 6-foot-3, though media reports were quick to point out discrepancies.

Slate, for example, posited that Trump was adding an inch to his height to avoid crossing into obesity territory — he also weighed 236 pounds — on the BMI index. That Slate article pointed to multiple media that pegged Trump as 6-foot-2, including Google, though the search engine now has Trump at 6-foot-3.

According to a profile published earlier this year by Time, Trump gets quite incensed over any report showing him shorter than 6’3″.

Previous Trump: I Got A “Very Nice Letter” From Putin
Next Trump Campaign Chair’s Wishes For 2017: Obama Dies Of Mad Cow Disease, FLOTUS Lives In Cave With Apes