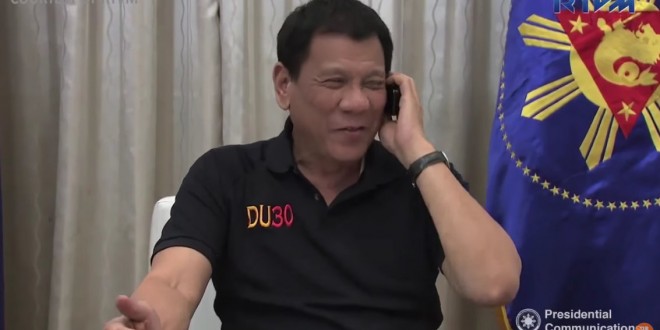 Rodrigo Duterte has announced he personally killed suspected criminals when he was mayor of his home city of Davao in the Philippines, cruising the streets on a motorcycle and “looking for trouble”. The country’s president made the comments in a speech late on Monday night as he discussed his campaign to eradicate illegal drugs, which has seen police and unknown assailants kill around 5,000 people since he became president on 30 June.

“In Davao I used to do it personally. Just to show to the guys [police officers] that if I can do it, why can’t you,” he was quoted as saying by AFP, talking of his two decades as mayor of the southern city of 1.5 million people. “And I’d go around in Davao with a motorcycle, with a big bike around, and I would just patrol the streets, looking for trouble also. “I was really looking for a confrontation so I could kill.”

Early this month Duterte had a phone conversation with Donald Trump, after which he claimed that Trump had praised his campaign to murder suspected drug users. Duterte has proudly compared himself to Adolf Hitler.