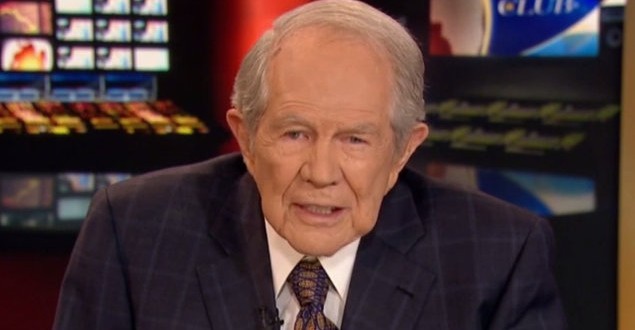 Pat Robertson Turns On Sarah Palin: Heaven Help Us If She Gets Tapped To Join Trump’s Cabinet [VIDEO]

Even Pat Robertson was baffled by reports that President-elect Donald Trump is considering Sarah Palin to lead the Department of Veterans Affairs, telling his “The 700 Club” co-host Wendy Griffith today that Palin should absolutely not be nominated to the Cabinet post. While Robertson was once a strong supporter of the former Alaska governor, he was aghast at the prospect of Palin joining the Trump administration. “Heaven help us from that,” Robertson said. “That would be a terrible thing. Terrible. Terrible.”

Previous Priebus: Trump Might Do Away With White House Press Briefings (Because The Media Sucks) [AUDIO]
Next Strong Economy Spurs Fed To Hike Interest Rates