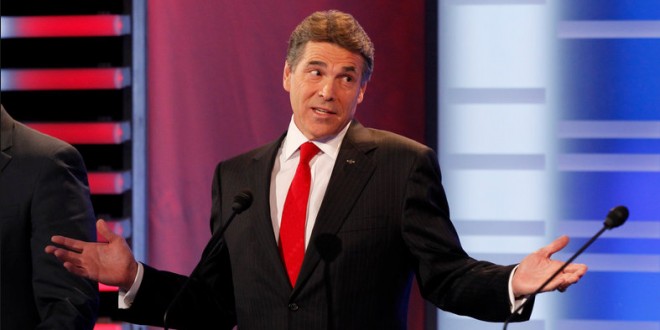 President-elect Donald Trump has selected former Texas Gov. Rick Perry — who famously once forgot that he wanted to abolish the Energy Department — to be secretary of energy, two sources familiar with the transition process told NBC News on Monday night.

Perry, a rival of Trump’s during the Republican presidential nominating campaign, met with Trump for about 90 minutes earlier in the day at Trump Tower in New York.

Perry dropped out of the race and endorsed Sen. Ted Cruz, a fellow Texan. Before he left the race, he denounced Trump’s candidacy as “a cancer on conservatism” and criticized Trump, himself, as a “barking carnival act.”

By May, however, as it became clearer that Trump was likely to win the Republican nomination, Perry had retreated from his criticism, saying that “I will be open to any way I can help” and that “I believe that Donald Trump should be our guy.”