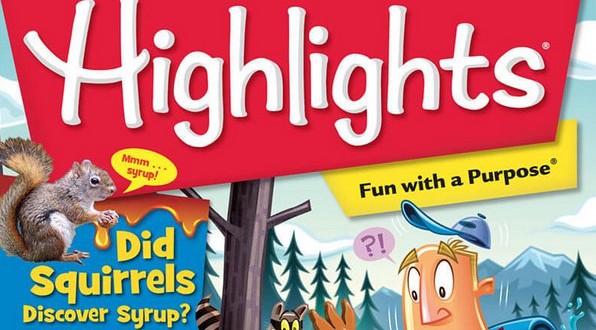 Where is the last place parents would suspect their kiddos to be exposed to same-sex “families” portrayed as normal? In the current controversy, Highlights magazine decided to include same-sex families in their magazines. Babies and preschoolers will soon be introduced to this sensitive topic in the Highlights line of magazines. Parents are seeing more examples of children being indoctrinated to same-sex families as normal, especially in the media. Children’s publications are no longer off limits, even those that cater to toddlers and elementary age children.

A lesbian mom reportedly complained that the magazine Hello didn’t feature any same-sex families. Hello‘s audience is children 0-2, and it’s published by Highlights. Highlights had explained that they believe parents should decide when to bring up the topic because it’s “still new, and parents are still learning how to approach the subject with their children, even the very little ones.” They wanted to allow parents the opportunity to talk to their children about homosexuality as they considered appropriate. But after backlash from the LGBT community, Highlights committed to including same-sex families in future publications.

Highlights‘ Christine Cully said, “When we do show families in the magazines, we make it a point to include diversity. We strive to be diverse in every way. The goal, however, is not to specifically call attention to diversity but instead to help kids understand that while differences exist, we are all actually more alike than different. For instance, from time to time we show families headed up by a grandparent or single parents. We show adoptive families, blended families, multi-generational families, and multi-racial families. In the future, we will depict same-sex families in our magazines in a manner consistent to the way all diverse families are depicted.”

Many parents and grandparents buy subscriptions to these magazines as gifts, especially at this time of year. They should be warned of the upcoming change of content in these kid’s magazines. This would be a deal breaker for conservative families. Parents are left with no other choice than to cancel their subscription. Even if 1MM didn’t disagree morally with the decision, it is not a magazines’ job to introduce so called “social issues” to children. That is a parent’s role.

TAKE ACTION: Urge Highlights to go with their initial decision and not cave into pressure from homosexual activists by including same-sex families in the magazines.

One Million Moms is a division of the American Family Association.