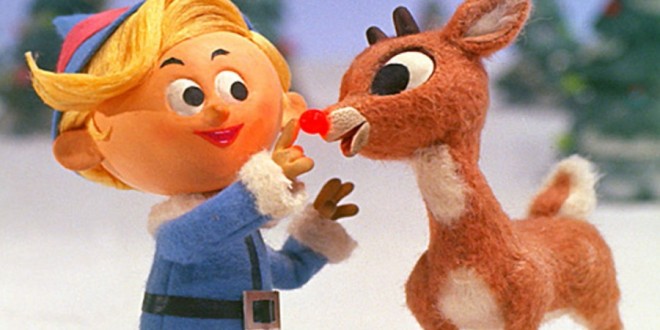 On The Gay Subtext In The TV Classic Rudolph

Over at Vulture, Brian Moylan today unpacks what he sees as the glittery gay subtext in the 1964 television classic, Rudolph The Red-Nosed Reindeer. An excerpt from the slightly tongue-in-cheek piece:

“For a year the Donner family did a good job hiding Rudolph’s — non-conformity,” the narrator tells us, pausing slightly before landing on the right euphemism. This is the closet of Rudolph’s parents devising, which he goes along with thanks to the internalized homophobia that he inherited from both his father and Santa, the superego of the North Pole, who is equally distressed by Rudolph’s difference. Santa even goes so far as to tell Donner that he should be ashamed of his son and try to change him. It’s almost as if Santa is a church elder trying to force Rudolph into conversion therapy.

Rudolph can’t take it anymore and heads off into the wilderness to live alone. There he runs into Hermey — the only elf with any hair, and it’s a flamboyant blond wave. He also has especially red lips, a feminine-shaped face, and eyelashes any doll in Santa’s workshop would be jealous of. He speaks with a Paul Lynde cadence, as if his ascot is tied on a little too tight. He’s also signaled as different by his professional aspirations: He wants to be a dentist rather than a toy maker. It’s not that dentistry is especially queer or even the sort of creative job one would expect an open homosexual to have during the Johnson administration, but it hammers home that something sets Hermey apart from his conformist class.

Hit the link for more, including Moylan’s take on the Island Of Misfit Toys.