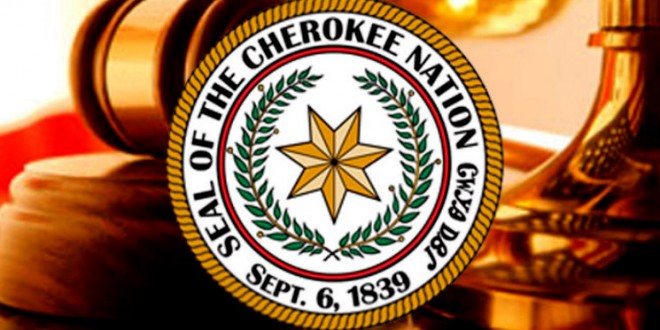 What’s perhaps most remarkable about the attorney general’s opinion is how it grounded its argument in Cherokee tradition. In a section titled “Perpetual Partnership and Marriage in the Cherokee Nation,” Hembree devoted significant attention to a ceremony of devotion that was traditionally performed between two men at an annual festival.

Hembree quoted in its entirety an eyewitness description from 1836 by John Howard Payne, a picaresque writer, composer and traveler. In Payne’s account, the ritual “sprang from a passionate friendship between young men” that led them “mutually to a solemn act of devotedness to each other.” The young men would engage in “silent interchange of garment after garment, until each was clad in the other’s dress.”

According to Hembree, “the relationship described in some respects would seem to parallel a modern-day same-sex marriage” — and received “recognition by the other members of the tribe.”

The attorney general’s opinion also referred to a 19th century report on Cherokee customs that stated, “There were among them formerly men who assumed the dress and performed all the duties of women and who lives full lives in this manner.” This resonates with contemporaneous reports from many tribes, especially in the Great Plains, of men who lived as women.