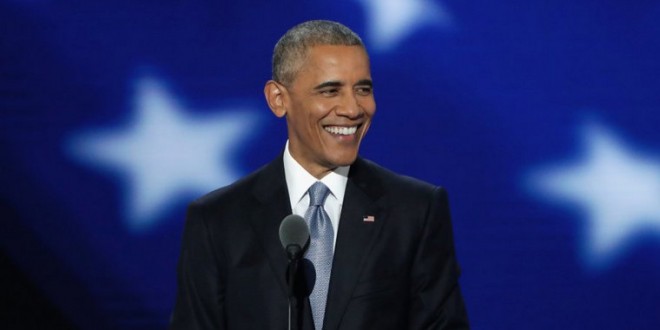 And Hillary Clinton is the most admired woman. This is probably what has Cheeto Mussolini in a dither this morning. The Washington Post reports:

Since Gallup began asking Americans the people they admired the most, there’s been a consistent pattern: Whoever was president or president-elect was almost always the man the country admired the most. The most admired woman? Usually someone who’d been married to a president. Only five times has the most admired man in the country not been a president — past, current or elected. And in 2016, the trend continued, with President Obama retaining the title he’s held since 2008.

Her opponent in this year’s presidential contest, though, didn’t fare quite as well. Donald Trump had the most support of any second-place finisher over the past decade, but it wasn’t enough to catch Obama. The percentage of the population that identifies him as the man they admire the most has consistently outpaced the field since he earned the top spot.

This news, coming at this moment, will probably be somewhat galling to Trump. Over the weekend, Obama told his former adviser David Axelrod that he believed he could have won in 2016, a claim at which Trump chafed. To lose an admiration contest in the wake of that seems as though it would be particularly frustrating to the president-elect.