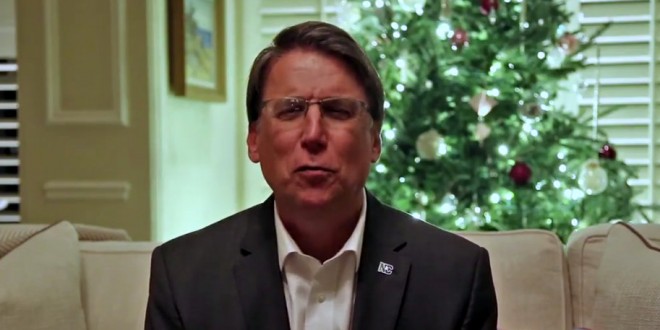 House Bill 17 and Senate Bill 4 were introduced by Republican lawmakers in the state legislature on Wednesday. Both bills passed in their respective chambers the following day by large margins. McCrory promptly signed SB 4 on Friday.

SB 4 takes aim at the North Carolina Board of Elections following several board decisions to extend voting hours in certain precincts in the Democratic stronghold of Durham County on Election Day.

The bill could potentially undermine voting rights efforts in the state by requiring a 6-2 majority to move forward on any motions. The Board of Elections handles a number of questions related to election integrity.

HB17, which McCrory is expected to also sign, mandates that Cooper’s cabinet picks be approved by the GOP-dominated state Senate. Earlier this week the Trump transition team said there will “definitely” be a job for McCrory in Trump’s administration.