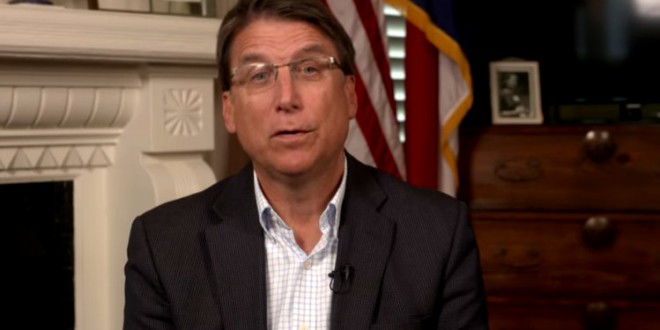 The governor’s statement came in a series of rapidly unfolding events that could signal an end to the nine-month drama that has catapulted North Carolina into national headlines. HB2, seen by critics as an anti-LGBT measure, prompted boycotts and cost the state millions in lost jobs.

“This sudden reversal, with little notice after the gubernatorial election has ended, sadly proves this entire issue, originated by the political left, was all about politics at the expense of Charlotte and the entire state of North Carolina,” McCrory said in a video statement.