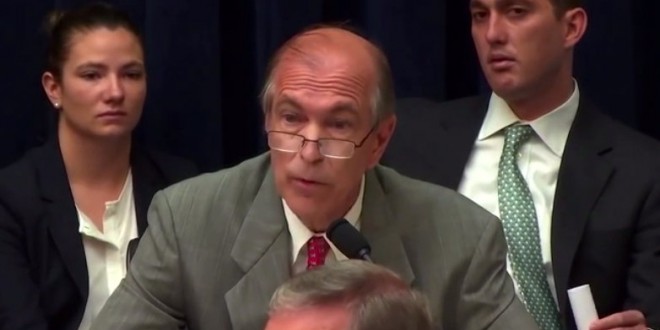 A defeated Republican congressman has so far refused to communicate with the Democrat who beat him, raising concerns that constituent issues handled by his office will fall through the cracks when his successor is inaugurated.

Congressman-elect Josh Gottheimer (D-NJ) has tried and failed to communicate with his ousted opponent, Rep. Scott Garrett (R-NJ), according to a report published Monday in The Record, a local newspaper in Northern New Jersey.

“I called him,” Gottheimer told The Record last Thursday. “I sent him a letter before Thanksgiving both thanking him for his service as well as asking him to meet to discuss the transition. My chief also reached out to his chief of staff. We just haven’t heard back.”

Gottheimer defeated Garrett by a 10,000-vote margin at the end of a bitter race which saw millions of dollars in election spending by both candidates, as well as millions in outside spending from Democratic and Republican groups and other super PACs.

In July 2015, Politico published an anonymously-sourced report that Garrett had not paid membership dues to the National Republican Congressional Committee because they would be used to support gay Republican candidates. Garrett called that report a “fabrication” in March of this year, but maintained that he would only support candidates who advocated for “traditional marriage.”

One of Garrett’s final campaign fundraisers was organized by the New Jersey head of the Oath Keepers, which the state considers a “domestic terrorism threat.”