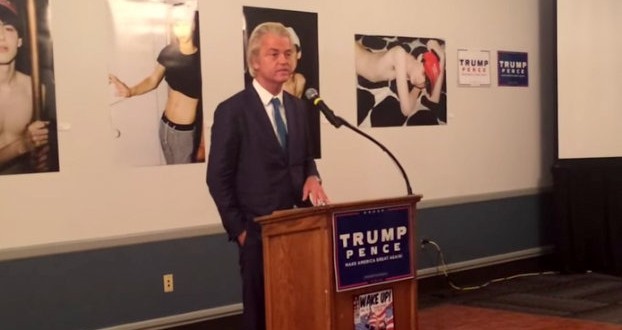 Dutch anti-Islam political leader Geert Wilders has been convicted of insulting a group and inciting discrimination. But no penalty was imposed by the court near Amsterdam on Wilders, whose party is leading in polls ahead of parliamentary elections in March.

Wilders was also acquitted of inciting hate over telling supporters in March 2014 he would ensure there were fewer Moroccans in the Netherlands. He called the guilty verdict “madness” in a tweet posted a short time later. He said he would appeal.

The three-week trial was triggered when police received 6,400 complaints about remarks Wilders made during a municipal election campaign in The Hague. At a campaign meeting, he asked supporters whether they wanted “fewer or more Moroccans in your city and in the Netherlands”. When the crowd shouted back “Fewer! Fewer!” a smiling Wilders responded: “We’re going to take care of that.”

Three PVV hating judges declare that Moroccans are a race and convict me and half of the Netherlands.

They are on the wrong side of history.