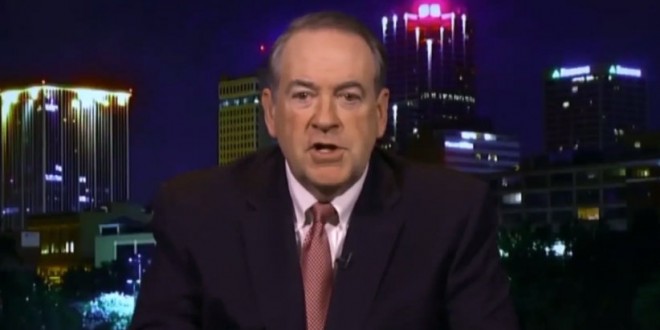 Mike Huckabee thought that President Obama insulted Hillary Clinton more than anybody else when the 44th President alleged he would have beaten Donald Trump if the former were permitted to run for the White House again.

“What an insult to Hillary Clinton by Barack Obama to say ‘She’s a loser, I’m a winner. She couldn’t win, I would have won!’” Huckabee said. “If I were Hillary Clinton, I would be livid that the president was making those statements.”

“How vain must a person be in order to say that I would have won the election,” Huckabee wondered. “I think it’s immaterial and, you know, frankly, why would he say something like that? What point does it have?”

.@GovMikeHuckabee: What an insult to Hillary Clinton! How vain must President Obama be to say he would’ve won if he ran again?! pic.twitter.com/3r4RAjqfYI

Previous Trump Adviser Boris Epshteyn: We Won’t Have Big Stars At The Inauguration Because We Don’t Want Any
Next Breitbart Features Sponsored Post From “Christian Healthshare” As Major Advertisers Stay Away