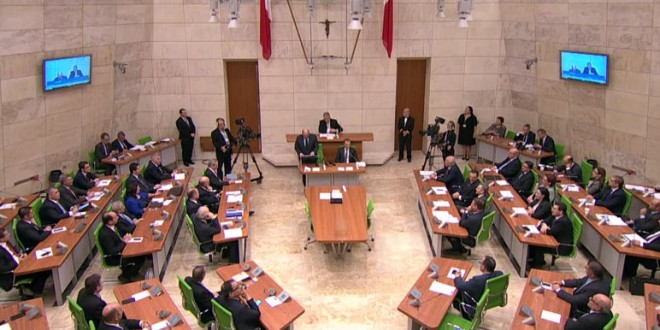 Malta has become the first country in Europe to ban gay conversion therapy after the parliament in Valetta unanimously approved a bill outlawing attempts to “cure” homosexuals of their sexuality.

Under the new Affirmation of Sexual Orientation, Gender Identity and Gender Expression Act, anyone found guilty of trying to “change, repress or eliminate a person’s sexual orientation, gender identity and/or gender expression” will face fines or a jail sentence.

Practising medical professionals who prescribe “gay cure” therapies could face fines of up to €10,000 (£8510) and a jail term of up to a year, with lesser fines of €1,000 to €5,000 and shorter sentences available to judges in other cases, Malta Today reported.

The Mediterranean island nation has launched a number of progressive social reforms since its Socialist government was elected in 2013, and has twice been named the European country that best respects the rights of lesbian, gay, bisexual, trans and intersex people by the advocacy group ILGA-Europe.

The new law also decrees that “no sexual orientation, gender identity or gender expression constitutes a disorder, disease or shortcoming of any sort”, and lowers to 16 the age at which people can request a change in gender without their parents’ approval.

As far as I know, Malta is the first country in the world to do this. In the US, ex-gay torture is banned in five states, Washington DC, and several cities.