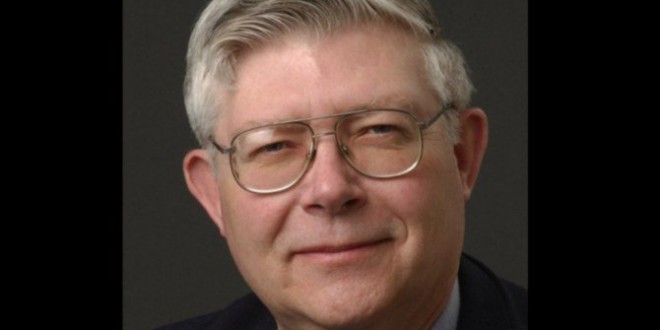 MAINE: Anti-Gay Right Wing Columnist Dies After Handgun Goes Off While Showing It To Teenage Boy

Maine State Police and Sanford police are investigating the shooting death of Portland Press Herald columnist M.D. Harmon at his home Wednesday afternoon in Sanford. Police say Michael D. Harmon, 71, died at his home on Brunelle Avenue after a handgun he was showing to a teenage boy went off while the 16-year-old was handling it.

Harmon, a steadfast defender of gun rights and a champion of conservative viewpoints, was a longtime editor and columnist for the Press Herald/Maine Sunday Telegram. He worked for the newspaper for 41 years, and continued to write a weekly column after he retired in 2011.

The teenage boy and his father, both from North Berwick, were visiting Harmon’s home at the time of the shooting, police said. They have been cooperating with the investigation and detectives were expected to question them again today.

Harmon was known as a conservative thinker and a staunch defender of gun rights in his newspaper columns, including some that argued against the recent failed referendum to require background checks for private gun purchases. In a Sept. 13, 1993, editorial column, Harmon wrote about the importance of everyone’s constitutional right to own a firearm.

“I view threats to that freedom as seriously as I do threats to my right to vote, or speak freely, or worship as I please,” he wrote. In that same column, Harmon wrote that he had belonged to the National Rifle Association from the day of his first paycheck.

In addition to his advocacy for gun rights, Harmon was a very loud opponent of LGBT rights and same-sex marriage. After the Obergefell ruling, he wrote this:

We need an amendment saying: “Every justice, beginning with the second national election after his or her appointment, will answer to the American people and the states in a retention election every eight years. Those justices deemed unfit for retention by both a majority of the American people as a whole and by majorities of the electorates in at least half of the 50 states will be removed from office and disqualified from future service on the Court.” If Congress won’t pass it, then a “Convention of States,” called under the Constitution’s Article V, should be convened to consider such a change. Are we there yet? Probably not, but we may be soon. I doubt that millions of Americans will let their religious liberties be trampled without pushing back. We’re made of sterner stuff than that.