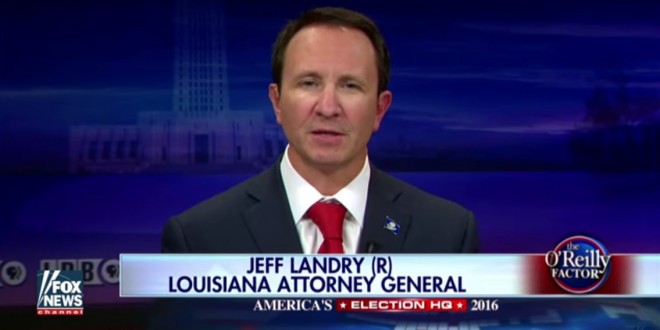 A judge has thrown out an executive order issued by Louisiana’s governor that was aimed at protecting the rights of LGBT people in state government.

The decision delivered a significant victory to Republican Attorney General Jeff Landry, who filed the lawsuit challenging the LGBT-rights order.

Edwards said his order, with an exception for contractors that are religious organizations, is a statement that Louisiana doesn’t discriminate.

Landry said it tries to establish a new protected class of people that doesn’t exist in law and that lawmakers refused to add. Landry has blocked dozens of legal services contracts that contain the anti-discrimination language.