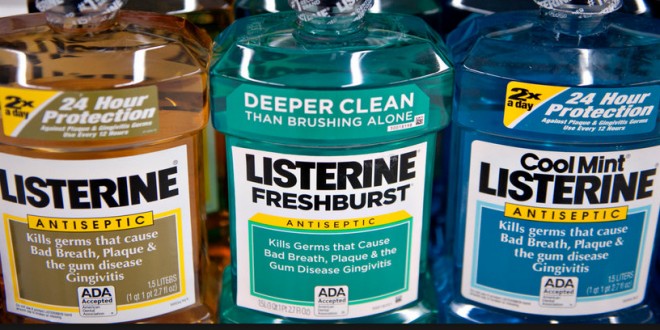 Gargling with Listerine can eliminate gonorrhea throat infection, scientists reported on Tuesday in the journal Sexually Transmitted Infections. Scientists led by Dr. Eric Chow of the Melbourne Sexual Health Center ran two experiments. First they added Listerine Cool Mint or Total Care to lab dishes full of Neisseria gonorrhoeae bacteria. Undiluted, both flavors left zero bacteria alive in the dishes after a minute of exposure. Even diluted 4-to-1 they killed most of the microbes.

Then the researchers enrolled men who have sex with men, and who tested positive for gonorrhea in their mouth or throat, in a randomized clinical trial: 104 rinsed and gargled once with Cool Mint, 92 did so with saline. Five minutes later, 84 percent of the saline group still tested positive for gonorrhea on a throat culture. Only 52 percent of the Listerine users did. Testing negative “means there is no viable N. gonorrhoeae present on the swab,” Chow said.

There’s a remote possibility that there were viable bacteria on the throat culture, but in amounts too small to detect. And testing people five minutes after they gargled doesn’t show whether Listerine had more than a short-lived effect. On the other hand, in the lab bench study the microbes, once gone, stayed gone. And the finding that a single gargle eliminated gonorrhea bacteria in the throats of nearly half the men raises the possibility that doing it regularly might keep the microbes away and prevent gonorrhea transmission through oral sex.

Previous Trump Spawn Sell Inauguration Access To Daddy For Up To $1 Million, Money Goes To Unnamed “Charities”
Next TRUMP BLOCK: Obama “Permanently” Bans Offshore Drilling Along Most Of Arctic And Atlantic Seaboard