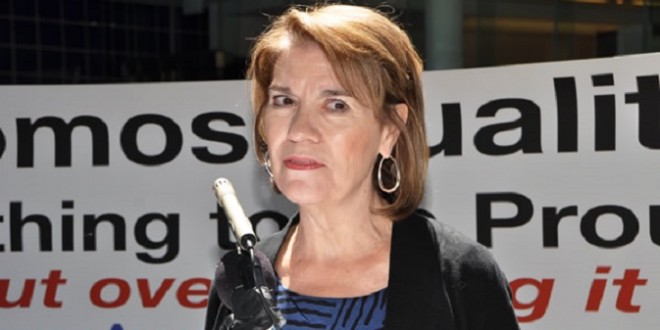 The haters of all-things-Christmas, some of whom claim to be “freedom” lovers, are busy again this December trying to legally abort the baby in the manger. If they could pull this off, it would be the ultimate late-term abortion, since that baby was born 2,000 years ago and lives eternally as the King of Kings.

In St. Bernard, Ohio, a village in greater Cincinnati, the nativity scene displayed in front of city hall is under attack by the spiteful, small-minded Freedom from Religion Foundation (FFRF), the far-left Wisconsin group that spends its time and money attempting to dilate and extract the baby Jesus from the wombs of community after community.

But many are choosing life instead. The law director of St. Bernard says the village has no intention of removing the nativity scene, since it is surrounded by secular symbols of Christmas, like reindeer and Santa, and is thus legally permissible. Clearly, the ancient enemy of the Lord is working overtime. Atheists, while being manipulated by Satan, will often claim, “Oh, no, we don’t believe in Satan or God, so they don’t exist!”

If we stand against paper tigers, they often collapse and go away. We must keep holding up the good – the Lord Jesus and His gift of eternal salvation– while pushing evil aside. Our spiritual and national lives, and those of our children, are at stake.

Previous Democrats: Trump Must Sell His New DC Hotel
Next Kanye West Postpones Presidential Run Until 2024 After Meeting With Trump About “Multicultural Issues”