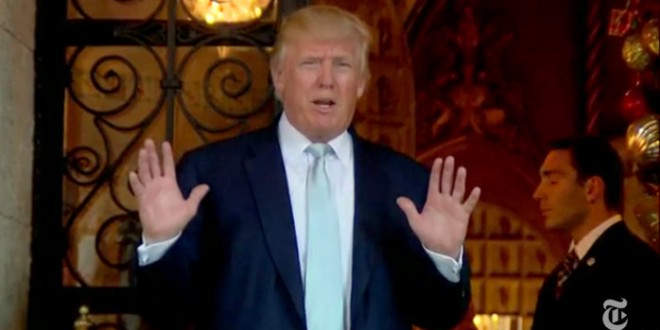 Donald Trump is taking credit for a jobs deal that he objectively had nothing to do with. The president-elect bragged on Wednesday about brokering a deal in which Sprint will bring 5,000 jobs to the United States and another company, OneWeb, will bring 3,000 jobs into this country. This is consistent with a theme that Trump has been spouting off about on Twitter all week — namely, that he deserves credit for the nation’s currently prosperous economic conditions.

“Because of what’s happening and the spirit and the hope I was just called by the head people at Sprint and they’re going to be bringing 5,000 jobs back to the United States,” Trump said to reporters outside his Mar-a-Lago resort in Florida on Wednesday. “Masa and some other people were very much involved with that.”

The problem is that, like so much of what Trump says, it simply isn’t true. “This is part of the 50,000 jobs that Masa previously announced,” said a Sprint spokeswoman to Engadget on Wednesday. “This total will be a combination of newly created jobs and bringing some existing jobs back to the U.S.”