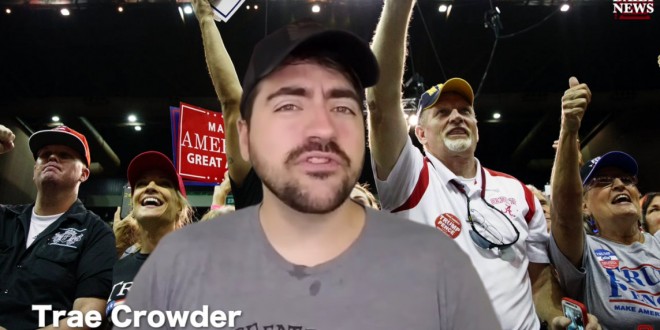 The Liberal Redneck Gets A Sitcom

The comedy will be written by Crowder and John Enbom, who co-created the cult Starz comedy series Party Down with Thomas, Dan Etheridge and Paul Rudd. In the Fox show, worlds collide when Trae, based on Crowder’s Liberal Redneck character, returns to his conservative Tennessee hometown to start a job at an energy research facility with his California-born wife in tow.

Crowder became a breakout star with his Liberal Redneck videos, which have gone viral on Facebook since launching in May, generating more than 60 million views and landing Crowder a weekly correspondent feature with the New York Daily News. Crowder, who grew up in trailer parks in rural Tennessee, saw his video criticizing the North Carolina “bathroom bill” exploding with more than 26 million views on Facebook.