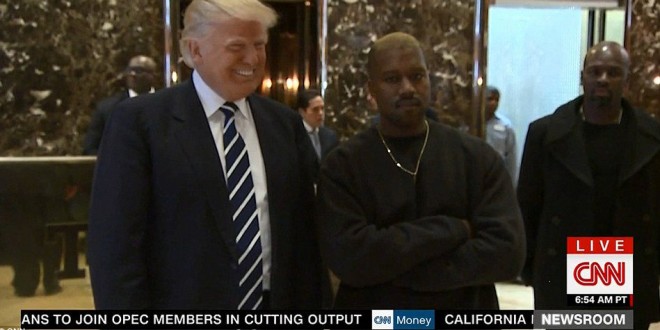 Kanye West took to Twitter to share details of his meeting with President-elect Donald Trump. The rapper set off a media frenzy when he arrived at Trump Tower Tuesday morning after recently spending nine days in the hospital after a reported mental breakdown. “I wanted to meet with Trump today to discuss multicultural issues,” West shared on Twitter.

“These issues included bullying, supporting teachers, modernizing curriculum, and violence in Chicago.” The “Famous” singer added he feels “it is important to have a direct line of communication with our future President if we truly want change.” West, who has previously said he plans to run for president in 2020, also tweeted “#2024” which many took to mean he has postponed his presidential run.