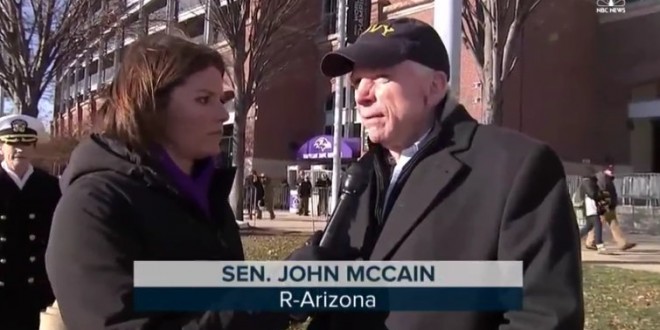 Sen. John McCain said Sunday that the relationship between Rex Tillerson, President-elect Donald Trump’s leading candidate for secretary of state, and Russian President Vladimir Putin is a “matter of concern” to him. In an interview with Fox News, the former GOP nominee and chairman of the Senate armed services committee said, “I don’t know what Mr. Tillerson’s relationship with Vladimir Putin was, but I’ll tell you it is a matter of concern to me. You want to give the president of the United States the benefit of the doubt because the people have spoken. But Vladimir Putin is a thug, a bully and a murderer, and anybody else who describes him as anything else is lying.”