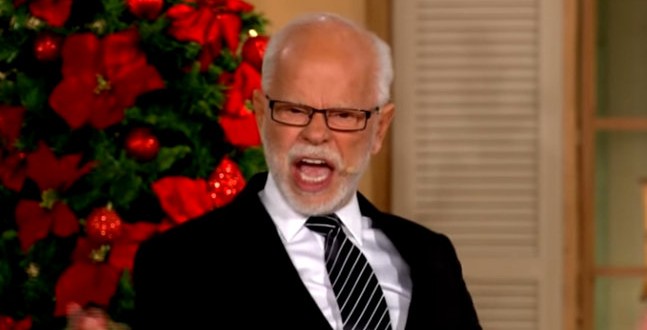 Jim Bakker: God Told Me To Back Trump So Public School Kids Will Be Forced To Read The Bible [VIDEO]

Televangelist Jim Bakker revealed on his program today that God called on him to help get Donald Trump elected president because Trump “stands for Bible reading” in public schools and says the words “Merry Christmas.” But because “the family of God” elected Trump, Bakker said, the forces of “evil” are now fighting back. “All hell is against this presidency,” Bakker said, because Trump stands for “righteousness.”

“Christianity cramps the style of this generation,” he added. “This generation wants to sin, mock God, kill babies, a million of them a year, and just do anything we want. They’ve decided to change marriage, the whole definition of marriage. I’ve got news for you: It still takes a man and a woman to make a baby.” Bakker went on to falsely claim that the United Kingdom has legalized “three-person marriage” and “so they’re going to take parts, stuff from three people; so three people now can get married, pretty soon you’ll be able to marry a baboon.”