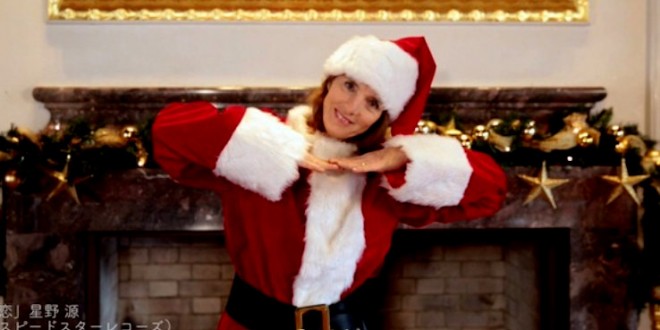 The Japanese public pays careful attention to the words and deeds of Caroline Kennedy, the United States ambassador to Japan and one of the State Department’s best-known diplomats. But Ms. Kennedy generated an unusual buzz in Tokyo this week by doing something that is almost certainly not in her job description: wearing a Santa suit and dancing in a quirky video.

The 93-second video, uploaded to YouTube on Tuesday, features United States Embassy employees and consular officials across Japan mimicking dance moves from “We Married as a Job!”, a popular Japanese television series. By Friday afternoon, the video had been viewed more than 3.5 million times on YouTube.

Some social media users said the timing of the video’s release, one week after an American military Osprey aircraft crash-landed off Okinawa, setting off anti-American protests, was indelicate. But many others welcomed it as pure entertainment or as a sign of warm ties between the two countries. “Wow, this is great,” one person wrote in Japanese on YouTube. “Americans are really good at getting carried away. A boring Japanese government would never do this.”

The premise of the show revolves around a man who hires a woman to pretend to be his wife. And of course, they fall in love. The show’s opening dance routine has apparently become Japan’s version of the Macarena and YouTube is filled with thousands of copycat performances.

Previous Jimmy Carter To Attend Trump’s Inauguration
Next OP-ED: North Carolina Is No Longer A Democracy