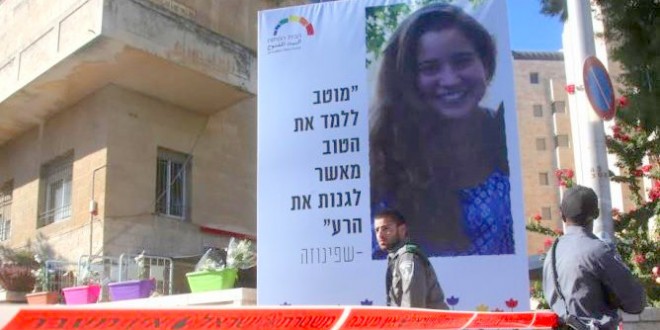 The first center in Israel dedicated to handling legal issues regarding hate and incitement on the Internet as well as a general struggle against hate and racism opened its doors on Wednesday with a conference on tolerance.

The center, hosted by IDC’s Radzyner Law School in Herzliya and in cooperation with the Berel Katznelson Fund, will be named after 16-year-old Shira Banki, who was stabbed to death by ultra-Orthodox extremist Yishai Schlissel during the Jerusalem July 2015 Gay Pride Parade.

Focusing on “empowering students with the knowledge, tools and experience to develop into lawyers with social sensitivity and awareness,” the center will also provide “free legal advice and assistance to individual victims of hate and incitement crimes on the Internet and among the public.”

Further, the center will work to make the struggle against racism a wider public issue, including supporting and initiating legislation to address hate-crimes and incitement on the Internet and in general.