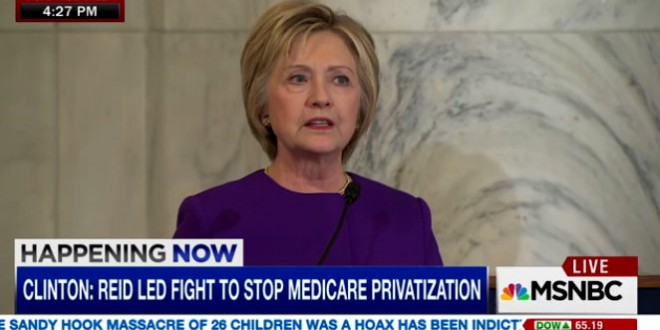 Hillary Clinton on Thursday decried the spread of fake news online, calling it an “epidemic” that Congress should take action against. “The epidemic of malicious fake news and false propaganda that flooded social media over the past year — it’s now clear the so-called fake news can have real-world consequences,” Clinton said during a speech on Capitol Hill.

Some Democrats have argued the spread of anti-Clinton fake news online contributed to her electoral loss to Donald Trump. The issue has received renewed attention this week after a gunman entered a pizzeria in Washington that was at the center of a false viral conspiracy theory that alleged it was home to a pedophilia ring operated by Clinton and her inner circle.