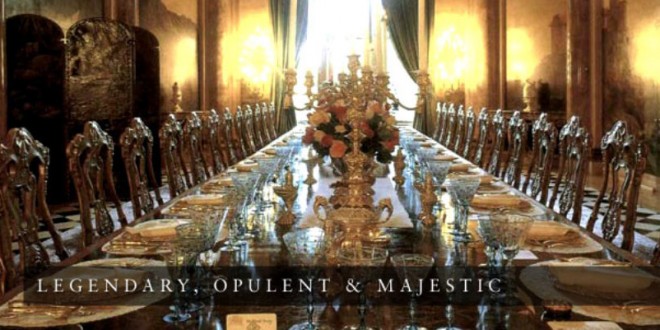 Tickets were on sale for a lavish New Year’s Eve party that President-elect Donald Trump and his family are hosting at the Mar-a-Lago Club this weekend, which once again raises those thorny ethics question that have dogged Trump’s presidential transition.

Mar-a-Lago sold the tickets, according to Politico reporter Kenneth Vogel. Since Trump himself owns the Palm Beach, Florida, resort, those sales profit him personally. Simply buying a ticket could be seen as an effort to curry favor with the president-elect. Those seeking an in-person audience with him also had an incentive to buy since Trump will be there.

So it’s probably no surprise that the tickets sold out. Incoming White House Press Secretary Sean Spicer gave reporters the news on a Friday press call. He also noted that more than 800 guests are expected, including actor Sylvester Stallone and music producer Quincy Jones.

Trump has pledged to keep his business interests separate from the presidency and has indicated that he is working on the legal process of passing his real estate empire to his adult children.

Trump spokesman Hope Hicks slammed the idea that Trump’s resort selling tickets to an event the president-elect will appear at is a conflict of interest. “The transition is not concerned about the appearance of a conflict,” she told Politico.

“This is an annual celebratory event at the private club, like others that have continued to occur since the election. Additionally, the president cannot and does not have a conflict.”