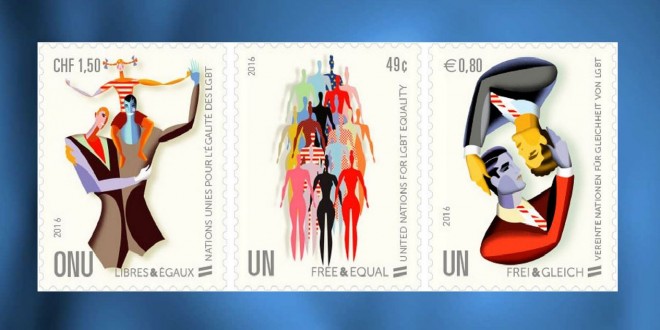 The anti-LGBT Catholic hate group C-FAM has published its five worst moments at the United Nations in 2016 and you’ll be shocked to learn that Satan-possessed homosexuals ruined just about everything. From their website:

In what can only be considered a final gift to the Obama Administration’s efforts to promote homosexual rights around the world, for the first time in U.N. history, a UN mandate based on the notion of “sexual orientation and gender identity” was established by the Human Rights Council and confirmed in the General Assembly—a notion even science is unable to define. An improbable vote in Geneva in the wake of the Orlando terrorist attack in June led to the establishment of a new post of independent expert on violence and discrimination on the basis of “sexual orientation and gender identity.” The post was predictably challenged twice by the African Group in the General Assembly. They had the votes to defeat it. The independent expert taunted the General Assembly ahead of the vote. But friends did not show up in the room to cast a vote or outright betrayed the Africans. The mandate is contested and cannot be considered evidence of a new international norm on these issues. In Geneva only 22 of 47 supported the mandate, and in the General Assembly only 84 of 194. This is far from a UN consensus on this topic.

The coalition of states opposed to sexual and reproductive health policy at the United Nations fragmented this year during key negotiations. States have begun to accept the notion of “sexual and reproductive health” without qualification in UN policy. Formerly, the only way such terms could be accepted in UN agreements was by reference to previous UN agreements that excluded an international right to abortion. Now, leading pro-life delegations are accepting the term without these caveats. It started at the Commission on the Status of Women. The confusion led to huge losses in the HIV/AIDS declaration that was adopted this year as well as lost ground in the Habitat III negotiations.

While we celebrate the defeat of “comprehensive sexuality education” at the General Assembly we lament the beginning of a UN system wide campaign to promote anti-bullying policy in school systems around the world that was launched this year by the General Assembly. Everyone knows this campaign has nothing to do with protecting children from bullying and everything to do with promoting homosexuality among children in schools. Look no further than UNESCO’s guidelines against bullying in a $300,000 report funded by the Netherlands. The report is all about bullying on the basis of “sexual orientation and gender identity,” it is not about bullying on the basis of weight, appearance, religion, ethnicity, or any other reason. And don’t expect the Netherlands, or any other country, to fund a glossy $300,000 report to address bullying for these other reasons. This is about indoctrinating children with the homosexual gospel. Expect this kind of programming very soon in a school near you.

The Committee on Economic Social and Cultural Rights was prevented five years ago from publishing a general comment on “sexual and reproductive health.” States complained that it was not part of the treaty the committee was supposed to analyze. The Committee relented. This year, out of the blue, without any real announcement, the committee published its General Comment 22. And it is bad. As bad as expected, and even worse. The right to sexual and reproductive health includes all sorts of weird and wonderful things. The general comment says nations must repeal laws restricting abortion and sodomy, fund abortion through national health care, repeal foreign aid laws restricting abortion funding (a swipe at the U.S. 1973 Helms Amendment), mandate sexuality education for sexual and reproductive health services without parental consent, remove conscientious objection protections, “eradicate social barriers in terms of norms or beliefs” about homosexuality, monitor and regulate private health care providers, insurers, schools, and child-care institutions, and make sure no insurance companies opt-out of abortions and sexual health services, presumably a reference to sex change operations. The General Comment was shunned in UN resolutions in Geneva. It is not binding, but it will disingenuously be used to push the sexual agenda everywhere around the world as if it were law.

Dark naked figures dancing around a fire and a powerful Greek god presided over the unveiling of six explicit UN postage stamps to promote homosexuality, transexuality, and gay parenting at UN headquarters this year. The UN stamps depict male and female same-sex couples kissing and embracing, a homosexual coming out of a closet, a gay couple carrying a girl on their shoulders, and a human butterfly figure representing a transsexual. UN member states of the Group of Friends of the Family complained to the Secretary General, and he ignored them. He just ignored them.

C-FAM’s president is Austin Ruse, who was fired by American Family Radio in 2014 for his on-air declaration that all liberal college professors should be shot to death. In December 2014 Ruse issued a money beg to fight the Satanic readers of JMG.