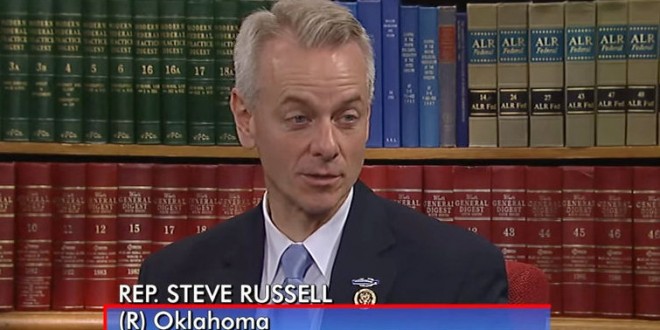 Rep. Steve Russell was disappointed that his religious freedom amendment was stripped from a federal defense-spending bill the House passed on Friday. But the Oklahoma Republican is encouraged he will prevail in the long-term, telling BuzzFeed News that the incoming Trump administration has given him “very good assurances” it would address the issue upon taking office.

“These issues will be resolved, and we have gotten some very good assurances moving forward,” Russell said at the Capitol, suggesting Trump could take executive action without waiting for Congress. “I am certainly encouraged by the signs that I am getting from the administration that is inbound.”

Russell said he has “gotten very positive signals” that Trump team would step in where his amendment was blocked, but added that he was not going “to talk strategy or predispose what the executive branch may do,” specifically, on the matter.

They argued Russell crafted the measure to undermine President Obama’s 2014 executive order that banned LGBT discrimination by federal contractors. In an interview, Russell did not deny that Obama’s LGBT order was his target, arguing the order threatened contracts for Catholic organizations and other religiously affiliated groups.

When he was an Oklahoma state rep, Russell attempted to block his state from federal hate crime reporting requirements because, he said, the Matthew Shepard Act would interfere with prosecuting their apparently many corpse-fuckers. True story.