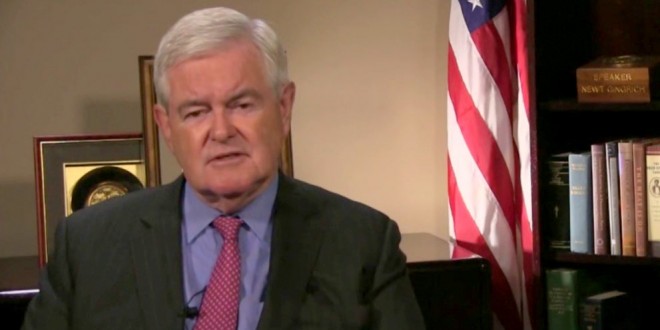 Newt Gingrich: Donald Trump No Longer Talks About “Draining The Swamp” Because It Sounds Undignified

President-elect Donald Trump campaigned on a promised to “drain the swamp” in Washington of corruption, but now that he’s preparing to move into the White House, Newt Gingrich said the Manhattan billionaire is looking to distance himself from that message.

“I’m told he now just disclaims that. He now says it was cute, but he doesn’t want to use it anymore,” the former House Speaker and close Trump adviser said of the “drain the swamp” message in an NPR interview published Wednesday morning. “I’ve noticed on a couple of fronts, like people chanting ‘lock her up,’ that he’s in a different role now and maybe he feels that as president, as the next president of the United States, that he should be marginally more dignified than talking about alligators in swamps.”

While Trump made his “drain the swamp” pledge a major part of his campaign message in the presidential race’s final weeks, his transition team was, in its early days after the election, packed with lobbyists for the pharmaceutical, chemical, fossil fuel and tobacco industries.