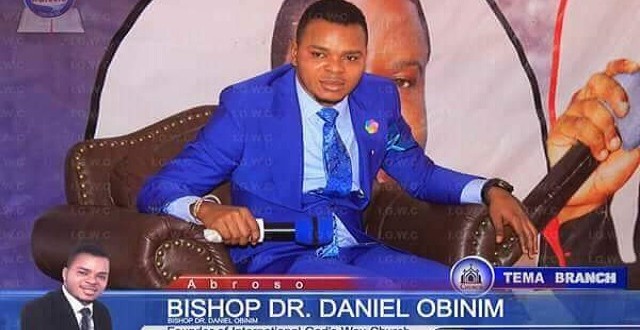 A homophobic preacher in Ghana claims to be able to increase the size of a man’s penis using a ‘massage ritual’. Bishop Daniel Obinim says he uses the ‘power of God’ for his enlargement service that is part of his hands-on work.

In a video broadcast on Obinim TV, the bishop and founder of the International God’s Way Church moves down the line of eager participants for the supposed religious experience. He claims by grabbing the men’s penises, giving them a massage and performing a ritual that involves prayer, he can make them grow.

The leader of the International God’s Way Church, which is headquartered in Ghana’s central Ashanti region, is notorious for his shocking claims. He has declared he was an angel, accused fellow religious leaders and critics of being gay, and says he can transform into animals like snakes and lions.

Previous TENNESSEE: Two Teens Charged With Arson In Deadly Wildfire That Killed 14, Might Be Tried As Adults
Next One Million Moms Calls On Their Followers To Attack Children’s Magazine For Daring To Depict Gay Families