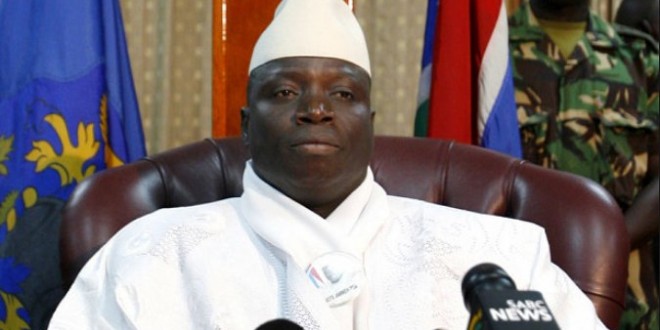 Gambian dictator Yahya Jammeh, who has vowed to “slit the throats” of any homosexual who refuses to leave his country, has decided not recognize the election which cost him his presidency. The BBC reports:

Gambian President Yahya Jammeh must hand over power after defeat in elections, the UN Security Council has said. President Jammeh initially conceded to Adama Barrow in last week’s vote but has since refused to accept the end of his 22-year rule.

Mr Barrow said he was sure the military supported him as the country’s new leader. The UN added that a handover should come without condition or delay. President Jammeh first seemed to accept the loss but then backtracked and said, on Friday, that he “totally” rejected the result.

In a unanimous statement, the UN’s 15 council members called on him to “respect the choice of the sovereign people of The Gambia”. The president’s U-turn was condemned by The African Union (AU), who described his statement as “null and void”. His reluctance to step down has also been criticised by the US and neighbouring Senegal.

Jammeh claims that he can cure AIDS with his home-brewed concoction of natural herbs and he tells his victims to stop taking their HIV meds.