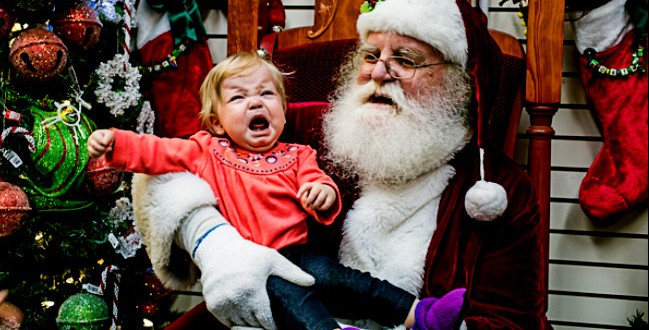 According to a column published today by Fox News, Santa Claus is obviously a butch manly man and hardcore right winger. An excerpt:

He is a man with a harsh and stringent code. Santa makes lists of children throughout the world and, oh no, he puts them in categories according to their behavior. He believes in accountability, but is generous of heart and of a forgiving nature. Last year can be forgotten if you were good this year. He is a man living by a code.

Santa likely wouldn’t go in for participation awards and scoreless soccer games for the kids. No, he believes in real outcomes, even in rewards and punishments. So dare we say it: Santa is a conservative.

Santa is also a hardworking guy. He’s a factory owner. Santa’s workshop (his factory) is now often portrayed as a fully mechanized production and distribution facility. He makes all his toys and candy there with the help of his elves at the North Pole. We don’t know if they’re unionized or have a good healthcare plan, but they always seem happy.

We do know he imports his goods all over the world without paying taxes or dealing with trade agreements, so he’s a free trader. His only pay is milk and cookies, so perhaps that makes it okay that he bypasses taxes and tariffs. Santa keeps reindeer. What they eat up there in all that snow and ice we don’t know. But, as a livestock owner, he is connected to the earth in a very real and manly way.

Per the column, Santa’s manly man manliness is further demonstrated by his disregard for airport regulations and customs. Because true patriots and the TSA something something something! As seen above and below, the author of this piece is rather obsessed with masculinity.