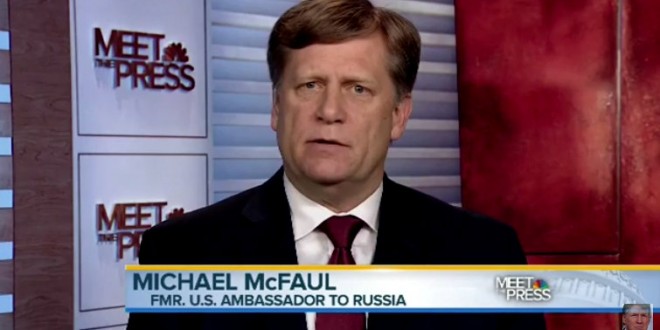 Former US Ambassador: Russia Hacked The Election To Get Revenge Against Hillary Clinton [VIDEO]

Russia interfered in the U.S. elections to get revenge against Hillary Clinton, a former U.S. ambassador to the Kremlin said Sunday. Michael McFaul, who served as the U.S. ambassador to Russia from 2012 to 2014, said he thinks Russian President Vladimir Putin wanted to help Donald Trump win the presidency to hurt Clinton. “Let’s remember that Vladimir Putin thinks [Clinton] interfered in his election — the parliamentary election in December 2011 — and has said as much publicly, and I’ve heard him talk about it privately,” McFaul said on NBC’s “Meet the Press.”

Last month the Kremlin banned McFaul from entering Russia, presumably as punishment for speaking out against Putin.