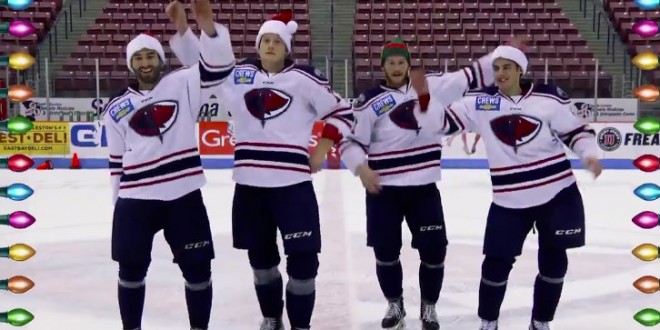 Ah, the holiday season is here. A time for joy, family, gift giving, and debating over what qualifies as a Christmas movie. It’s also that time of year when athletes do absurd things in support of their team’s social media hijinks. The South Carolina Stingrays from the ECHL are one such team, who upped the ante this year after performing “Jingle Bell Rock” on ice, in skates, and in the style of the 2004 classic Mean Girls.