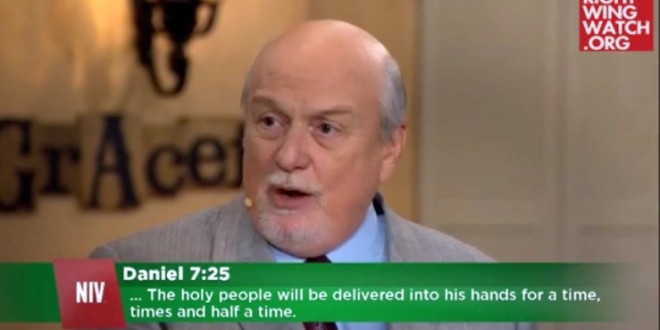 One of Bakker’s guests, Tom Horn, a prolific author of Last Days-themed books, spent an entire segment of the program explaining that “rabbis” have revealed that Trump may be the messiah, or a harbinger to the arrival of the messiah akin to John the Baptist.

“They’re looking at Donald Trump” as the messiah, Horn said of “the rabbis,” saying that Trump’s name “actually means ‘messiah.’”

Among the clues that Trump may be the messiah, he said, is that the president-elect is a kingly and warrior-like leader committed to protecting Israel and, according to Horn, rebuilding the Temple of Jerusalem.

Previous MORE THAN APPROPRIATE: Trump To Hang His Personal Letter From Richard Nixon In The Oval Office
Next Twitter Reinstates Pro-Trump White Supremacists