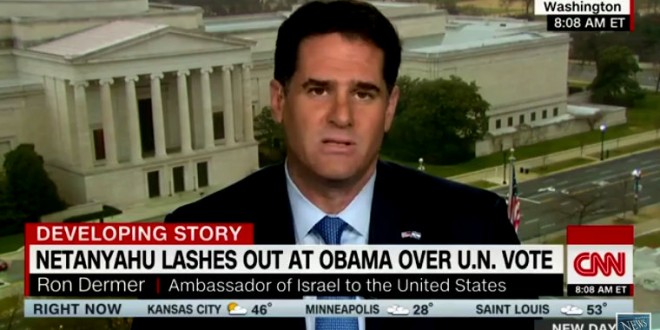 During a contentious and heated exchange on CNN this morning, anchor Don Lemon attempted to get Israeli Ambassador to the United States Ron Dermer to present evidence that the Obama Administration was involved in orchestrating the recent UN resolution on settlements.

“Ambassador, what’s the evidence that the United States is behind this gang-up? I’ve heard that a lot,” the CNN anchor pressed Dermer. After the ambassador said they had “clear evidence” and would present it to the Trump administration, Lemon wondered “why not now?” Dermer once again claimed they would present the evidence to the new administration and allow them to give it to the American people.

The exchange does get quite tense.