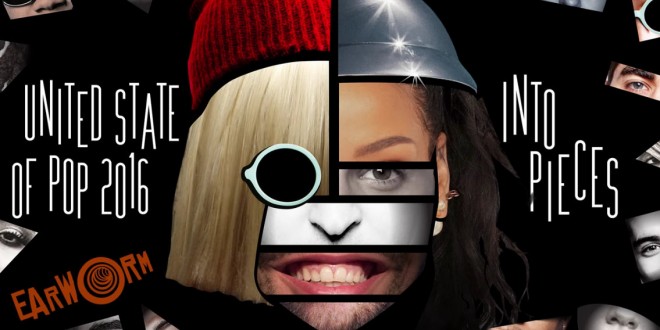 I enjoy this every year but every year I recognize fewer of the big hits than the year before. Via Music Feed:

Mix-master DJ Earworm has returned with a musical cocktail of epic proportions. Following on from his viral Summermash ’16 megamix, the San Fransisco mashup artist (who by day is known as Jordan Roseman) has served up his long-awaited United State Of Pop 2016, “a mashup of the 25 most popular U.S. hits” of the year.

The producer has chucked songs from the likes of Sia, Twenty One Pilots (three to be exact!), Bruno Mars, Justin Timberlake, D.R.A.M., The Weeknd, Justin Bieber and more into his musical magic bullet, and seamlessly blended them into a smash hit smoothie.