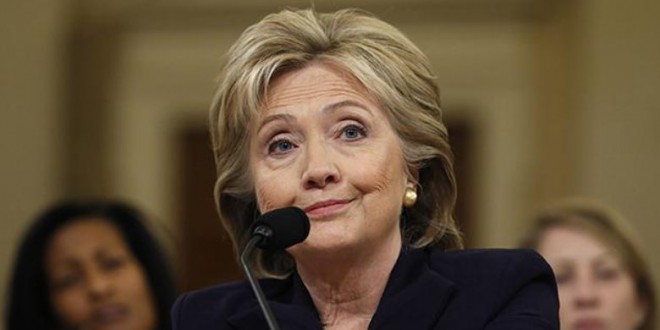 WHAT DIFFERENCE DOES IT MAKE: House Benghazi Committee Quietly Shuts Down Having Found Nothing

The special congressional investigation into the 2012 terrorist attacks in Benghazi is officially over now that the panel filed its final report the day before the House adjourned for the year.

The Select Committee on Benghazi initially released its findings in June but remained in place for months afterward trying to declassify supporting documents like emails and interview transcripts for public release.

The final report, not including dissenting views from committee Democrats, clocks in at more than 322,000 words. It was added to the official House record without fanfare on Dec. 7 by Rep. Trey Gowdy, R-S.C., the panel’s chairman.

The panel, which spent more than $7.8 million over two and a half years, disbanded at the end of the 114th Congress, before a new Congress begins in January.

The special committee was created in May 2014 to investigate the terrorist attacks at the U.S. compound in eastern Libya where four Americans died, including Ambassador Christopher Stevens.

Previous Tony Perkins Slams Rex Tillerson: He Might Be The Left’s Greatest Ally On Abortion And The LGBT Agenda
Next Trump Promises To “Leave” His Business Operations To Sons Uday And Qusay Before Inauguration Day