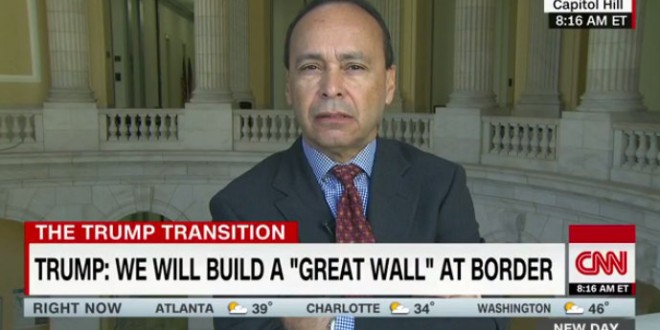 The Illinois Democrat said that his wife convinced him to join a protest march on Inauguration Day instead of attending the ceremony to show solidarity with those who feel threatened by the president-elect.

.@RepGutierrez: I’m not going to Trump’s inauguration because he continues to spew hatred, bigotry and prejudice. https://t.co/s5CqhrqGwK