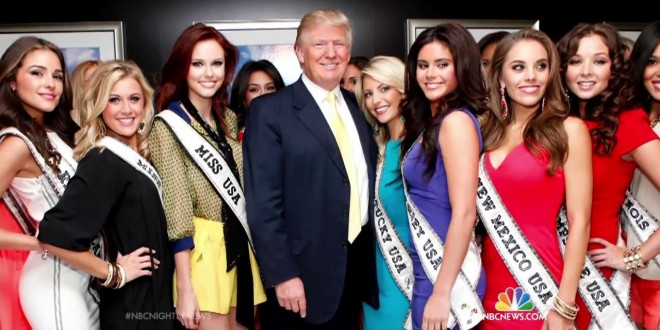 DANCE 10, LOOKS 3: Trump Is Selecting His Highest Cabinet Positions Based On Their Physical Appearance

Donald Trump believes that those who aspire to the most visible spots in his administration should not just be able to do the job, but also look the part. Given Trump’s own background as a master brander and showman who ran beauty pageants as a sideline, it was probably inevitable that he would be looking beyond their résumés for a certain aesthetic in his supporting players.

“Presentation is very important because you’re representing America not only on the national stage but also the international stage, depending on the position,” said Trump transition spokesman Jason Miller.

To lead the Pentagon, Trump chose a rugged combat general, whom he compares to a historic one. At the United Nations, his ambassador will be a poised and elegant Indian American with a compelling immigrant backstory. As secretary of state, Trump tapped a neophyte to international diplomacy, but one whose silvery hair and boardroom bearing project authority.

As Trump formally announced his vice presidential pick in July, he said that Mike Pence’s economic record as Indiana governor was “the primary reason I wanted Mike, other than he looks very good, other than he’s got an incredible family, incredible wife and family.”

The report goes on at some length with more examples of Trump appointees “looking the part” as much or more than deserving the part.