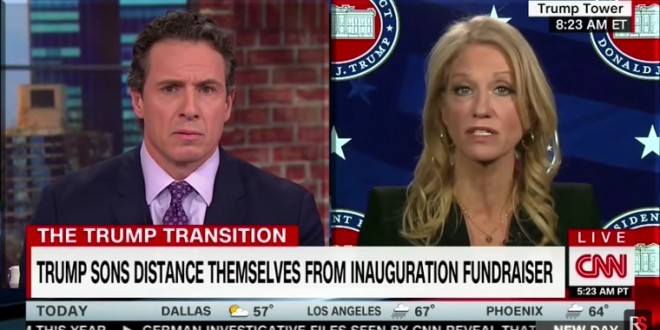 In a contentious interview on CNN’s “New Day,” Cuomo accused Conway of making the same defense that Hillary Clinton made about her ties to the Clinton Foundation, which Conway emphatically denied.

Conway was then asked why Eric Trump and Donald Trump Jr. were distancing themselves in recent days from the charity organizations that have raised red flags among critics.

“Because they support their father and they know that we’ll never get a fair shake in the Trump administration, and that’s unfortunate,” Conway responded. “I think this conversation shows that.”