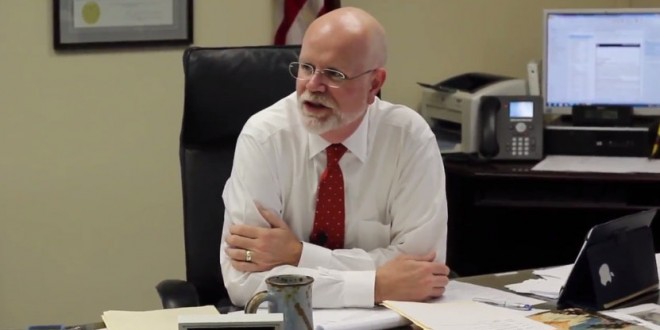 State employees in Connecticut could be denied the opportunity to contribute to a qualified charity after the state comptroller became personally offended by the group’s biblical stance on marriage. In a November 30 letter to American Family Association president Tim Wildmon, comptroller Kevin Lembo notes what he calls AFA’s “so-called attempts to protect family values.”

Those include holding to a biblical stance on marriage and several boycotts of companies like Target that champion values contrary to scripture. Lembo writes that those actions are extremely troubling to him as a “married,” “gay” man. Lembo is threatening to kick AFA out of the Connecticut State Employees’ Campaign for Charitable Giving (CSEC), even though the Mississippi-based group qualifies as a charity under Connecticut’s rules.

Abraham Hamilton III is general counsel and public policy analyst for AFA. “What’s being foisted upon the American Family Association is the latest iteration of If you don’t adhere to the nouveaux orthodoxy of the day – which is the sexual deviancy agenda – then you must be castigated and expelled from public life,” he tells OneNewsNow.

Hamilton calls the threat from Lembo an abuse of power. “Because of his personal objections to the American Family Association’s stance on issues like marriage and the Target boycott, then he sees fit to threaten us with his governmental position,” he states. Hamilton says the attack by the comptroller of Connecticut is the latest in what he says is a broader war on people of faith.

UPDATE: JMG reader David notes that Lembo might run for governor in 2018. Some background from the Connecticut Post:

A former lecturer at the Yale School of Nursing, Lembo is also the adoptive father of three sons and a registered foster parent, who, along with his husband, Charles Frey, welcome emergency placements through the state Department of Children and Families into their Guilford home.

Their youngest, 17-year-old Jordan Lembo-Frey, adopted as a newborn, is the last one living at home. The two eldest were adopted from the New York State foster-care system more than 20 years ago when Lembo and Frey lived and worked in the state. It wasn’t easy for a gay couple to adopt and they took their case to court, finally winning the right in 1994 with a precedent-setting ruling from the state’s highest court.

If Malloy doesn’t run for a third term, political observers see Lembo in the top tier of Democrats in line for potential 2018 gubernatorial runs. The others include his old boss, Lt. Gov. Nancy Wyman — Lembo was assistant comptroller when she was comptroller. Time is growing short for the 2018 race, with several Republicans, including Danbury Mayor Mark Boughton, state Sen. Rob Kane and state Sen. Tony Hwang, already establishing exploratory committees.

“I’m not that far along in my personal decision even to think it’s even something I want to do,” Lembo said. “But I’m going to have to get there in the not-too-distant future, because it takes time. Anybody who’s going to do it has got to be working through their decision tree right now.”